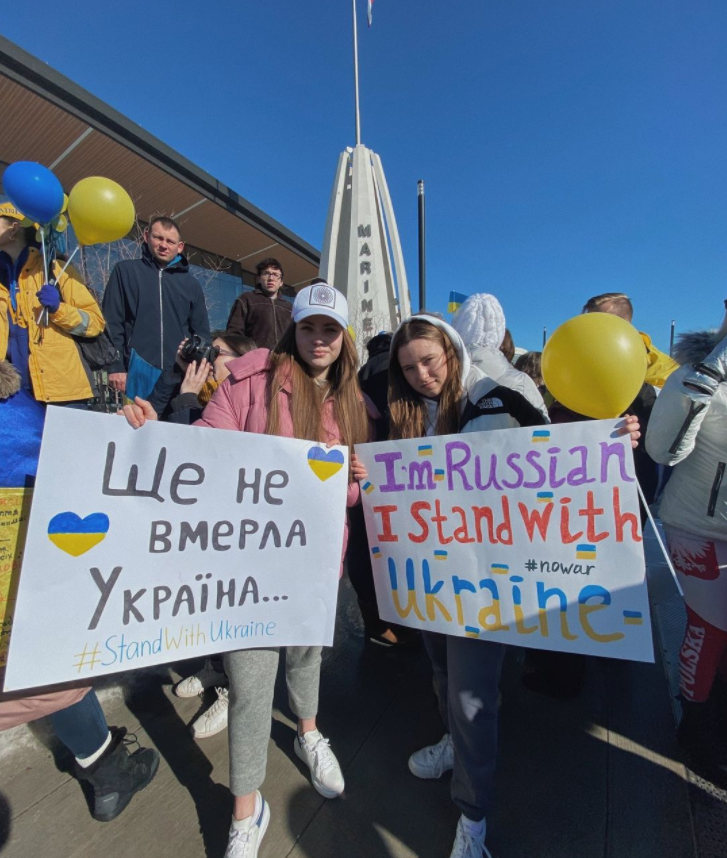 In the early hours of the morning on February 24, as dawn broke in Eastern Europe, Russian tanks rolled across the frozen plains of Ukraine.

Ukrainians awoke to a cacophony of gunshots, explosions and air raid sirens.

Just over 30 years after gaining independence, Ukraine now faces the most credible threat to its sovereignty: a three-sided invasion by the Russian armed forces.

The war has plunged the continent into chaos, marking the first invasion of another European nation in decades.

With it, it’s placed the world on a knife’s edge, reigniting tensions between Russia and NATO and putting several doomsday scenarios within reach.

But, in the face of war, the Ukrainian people have shown tremendous bravery.

Everyday civilians, including Ukrainian President Volodymyr Zelensky and his predecessor, Petro Poroshenko, have taken up arms to defend their country, swapping their work clothes for flak jackets and yellow arm bands.

So far, the Ukrainians have been able to defend their capital of Kyiv and second-largest city, Kharkiv, amid intense Russian pressure.

While invading forces attempt to strike at the heart of the country, resistance has been around every corner.

Today, as Russia faces mounting international pressure and fierce resistance, the two countries have agreed to meet on the Belarussian border to negotiate for peace.

It should be said, however, that these talks come as Russian President Vladimir Putin continues to escalate the situation, declaring his country has put their nuclear arsenal on “high alert.”

As negotiations are entertained, Ukraine will still be under siege, and though it’s impossible to know how this war will play out, the costs are already devastating and far-reaching.

Back in the US, two of NDA’s foreign exchange students, Vlada Klymenko and Milana Volkova, have found themselves caught up in the effects of war.

Klymenko, a Ukrainian with family in Kyiv, has now lived through war twice, first with Russia’s 2014 annexation of Crimea and subsequent civil war in the East, and now with their invasion in 2022.

“I don’t remember how I felt [in 2014] because I was little, but I have a really clear memory about being at school and hearing all the explosions.  This time feels much scarier, when I’m so far away from my family and I don’t know what is really happening,” Klymenko recalled.

“All my family are in Ukraine.  They are safe for now…At night on the 26th they heard shooting, but they were in a safe place. There was information that they won’t have internet or data to get in contact with anyone, but this hasn’t happened.  They usually try to text as much as possible because they know that I’m nervous,” she continued.

Volkova, a Russian, also shared concern with the situation.

“I, as a Russian, understand the situation and the reasons why our President has started the war.  It’s a long history and the roots have been growing from the Soviet Union’s collapse.  All I can say is that Russian people don’t want war with Ukraine, don’t want the Donbas, and don’t want Crimea.  We just want justice and peace inside our own country, but I don’t know who in the whole world would even listen to us at this point now,” Volkova explained.

“It is heartbreaking to see that something like this is possible in our days. I wish people lived in peace and no one knew about war,” she continued.

In their time in the U.S., both students have become friends.

They spent much of Sunday participating in an anti-war rally in Green Bay, characterizing Putin’s invasion as a casualty of “politics.”

“It’s not about people between both countries, but it’s more about politicians that can’t agree and decide how to live in peace.  So many people from Russia are against Putin, and they try to help Ukraine as much as they can,” Klymenko remarked.

As the war rages on, their future in the U.S., and in their respective home countries, is in limbo.

Both hope to reconnect with their families soon but are prepared to hold out in the U.S. if nothing changes.

“I still have three months in America and hope that in this period of time it will get better and I can come home.  If not, I am sure I can stay with my host family as long as I will need to.  I haven’t talked about coming back with my parents yet, but they are glad that I’m here and I’m safe.  They would come here if the borders weren’t closed,” Klymenko explained.

“I don’t know how my life will turn out with the war and all sanctions against Russia, if I will be back home and see my parents, but I really hope that I will be able to continue education in NDA and be back next year,” Volkova said.

This story was published in the Green Bay Press Times.  Check it out here.

The Tritonian • Copyright 2023 • FLEX WordPress Theme by SNO • Log in