From Boston to Chicago: Weekend of Marathons for Cross Country Coaches 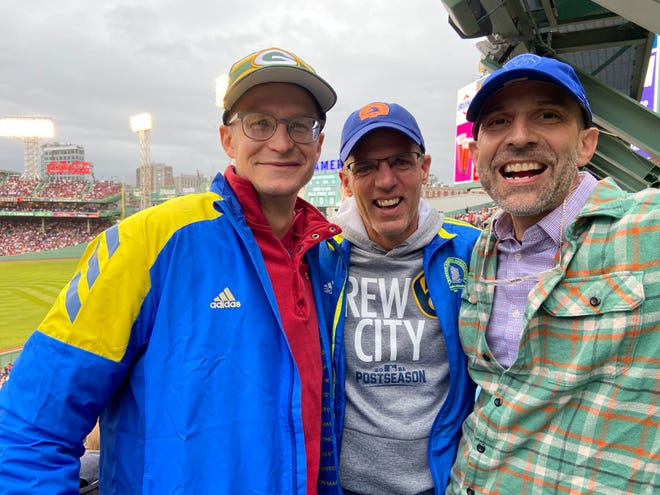 This year’s Boston and Chicago Marathons had some familiar faces cross their finish lines.

As cross country coaches and life-long runners, this crew is hardly strangers to long-distance running.

McGowan and Auricchio have each competed in ten marathons, with this being McGowan’s first in Boston and Auricchio’s second in Chicago.

For them, running is much less a hobby, but instead a way of life, and with this year marking the in-person return of both marathons, they were chomping at the bit to get back at it.

McGowan finished the Boston Marathon in 3 hours and 2 minutes, finishing within the top 10% of the field.

“The fans were incredible…The overall experience was wonderful,” McGowan recalled.

“We ran through Boston College and a couple other colleges.  Fans were everywhere from start to finish.  The city really supports the event,” he said.

According to him, it’s likely “one of the most challenging [marathon] courses” in the world.

“The first half is a little bit downhill overall, but then the second half of the marathon, you’re basically climbing uphill, back to Boston,” explained McGowan.

In Chicago, Aurrichio finished in 3 minutes and 38 minutes, well within the time needed to secure a spot in the 2022 Boston Marathon.

“I had a blast running the race this year!  I focused my race on enjoying the race and the city.  The goal was to smile every mile,” she remarked.

“For me, achieving a Boston Qualifier always feels like a job well done,” Aurricchio continued.

Their success, though, doesn’t just come from anywhere.

It’s the result of months of intense training and dedication to their craft.

For McGowan, he drew his training schedule from a “Hanson’s” training guide book, running 50-60 miles a week in the runup to the marathon.

Auricchio also embarked on an 18-week program, with the added bonus of training and working out with student athletes during the track and cross country seasons.

“A marathon is all about preparation.  You have to balance staying healthy and putting in the necessary work in order to be successful,” she said.

At the center of any successful training program is motivation, and luckily for McGowan and Aurrichio, they were in no short supply.

“Knowing that it was my first Boston Marathon was really motivating.  It’s the oldest marathon in the world…It’s a big privilege to run in it,” McGowan explained.

“Knowing that…Monday they had gone 910 days without a live, in-person Boston Marathon because of the pandemic…that was motivating,” he continued.

For Auricchio, she points to her training with the rest of the cross country staff as her source of motivation.

“As we moved into the NDA track postseason, Coach McGowan and I were talking about the marathons we were doing this fall.  Coach McGowan was preparing for Boston, and I was preparing for Chicago.  We realized that the races were back-to-back days.  He kindly reminded me that if we were going to race in October, we needed to ramp up training at the beginning of July. It was through the camaraderie of training at the same time as the other three coaches that kept me motivated to reach my goal,” she said.

Now, in typical competitive fashion, all eyes are on the next marathon.

McGowan is already eyeing up the 2022 Boston Marathon, while Auricchio weighs her options, deciding if she will use her qualifying time in Chicago to take her hand at a third Boston Marathon next year or put her focus elsewhere.

The Tritonian • Copyright 2022 • FLEX WordPress Theme by SNO • Log in